Capstone Building Corp. is proud to be at the Auburn Building Science Career Fair 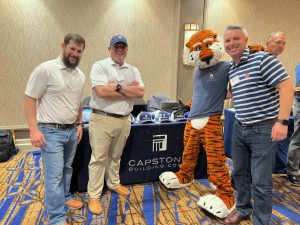 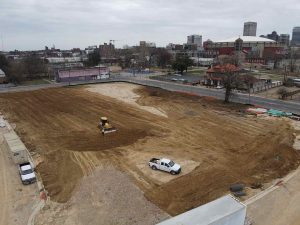 In March, Capstone Building Corp., serving as the general contractor for developer McCormack Baron Salazar, announced the start of Phase IV of their South City project, located in Memphis, TN. This redevelopment will consist of 15 buildings and 138 units, comprised of garden-style apartments and townhouses. The development will include contemporary finishes, open floor plans, Energy Star appliances, in-unit washers and dryers, and plenty of storage space. Construction on this new project is set to complete in mid-2022. 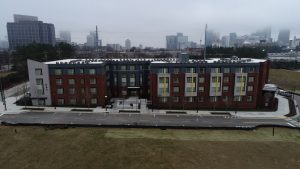 Capstone Building Corp., serving as the general contractor for Hunt Companies & Oakwood Development Group, executed by Pennrose, LLC and the Atlanta Housing Authority, is proud to announce the completion of Herndon Square Senior in Atlanta, GA. This 97-unit, 101,0691 square-foot apartment complex is the first phase of the development and will offer seniors that are 62 and over an affordable and high-quality apartment community. 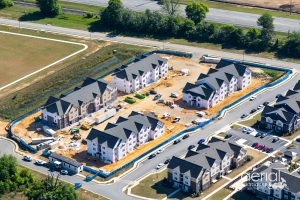 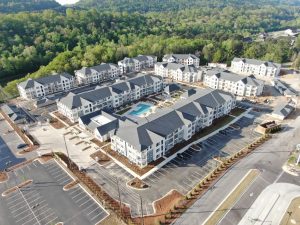 Capstone Building Corp., along with developer Dobbins Group, is thrilled with the progress being made at the Wildwood apartment project in Birmingham, AL. Exteriors on the project are nearing completion and interiors of the buildings are currently being finalized. Construction began on this 300,000 square-foot apartment complex in October 2019 and is set to complete in July 2021. When complete, the development will include 9 apartment buildings, 280-units, a clubhouse, fitness building, yoga studio, dog spa building, and 5 garage buildings. 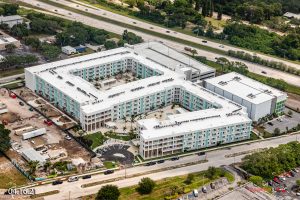 Capstone Building Corp., along with developer Phillips Development & Realty, LLC, is excited with the progress being made at the Sur Club project in St. Petersburg, FL. This luxury, apartment-style community is nearing completion, with interior finishes and landscaping well underway. Construction began on this development in October 2019 and is set to complete in August 2021. 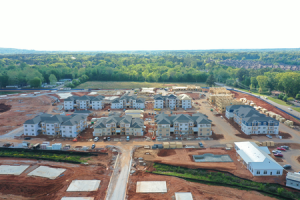 Capstone Building Corp., serving as the general contractor for EYC Companies and The Kalikow Group, is pleased with the progress on the Anthem Apartments and Cottages development in Huntsville, AL. Buildings 1 – 5 are topped out with roofing complete. Vertical framing is in process on buildings 6 – 8. Construction began on this project in June 2020 and is set to complete in March 2020. 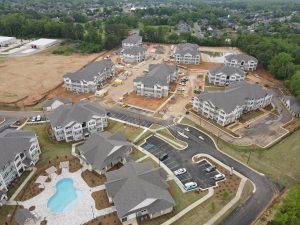 Capstone Building Corp., along with developer Bobo Family Group, is putting the final touches on the Alexandria Apartment project in Huntsville, AL. Exterior construction is nearing completion and interior work is in its final stages. Construction on this 338,792 square-foot project began in January 2020 and is set to complete in August 2021. Once complete, this complex will house 258-units with 5 garage buildings, a maintenance building, and a leasing office.

It is with great pleasure that we announce the following promotions that were effective on 4/7/2021.

Brandon Loyd is now a Vice President of Project Management. Brandon already had total responsibility for all aspects of the multiple projects that are assigned to him at any given time. His ability, performance and willingness to lead and be accountable has earned him this promotion. Brandon interned with CBC while attending Auburn University and earning his degree in Building Science. He has worked in every facet of our business and understands what we do as well as anyone could. He began his fulltime employment with CBC in December of 2001. After twenty years of loyal and outstanding service, this promotion is long overdue. Brandon is a Capstone Building Corp. stockholder, owner and partner. Most importantly, Brandon is a leader and a friend that can always be counted on.

Joe May is now a Vice President of Project Management. Joe, like Brandon, was already the single point of responsibility for the numerous projects that are assigned to him. He has excelled at every task that he has undertaken at CBC. He has embraced every responsibility we have assigned him and has asked for more. Joe interned at CBC while attending Auburn University and earning his degree in Building Science. He began fulltime employment in July of 2006. He has earned this promotion. Joe is a Capstone Building Corp. stockholder, owner and partner. Joe is also a leader and a friend that can always be counted on.

Joe and Brandon have each learned our business and earned their positions the right way. They have done every dirty job, worked long hard hours and been successful at every position they have held. All Capstone employees and stake holders should be very happy that we have people of Joe and Brandon’s caliber leading our company. Please join me in congratulating Brandon Loyd and Joe May in their promotions to Vice Presidents of Project management. 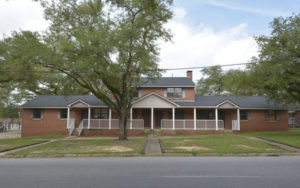 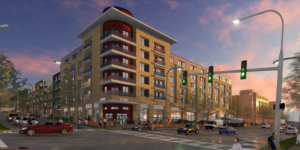 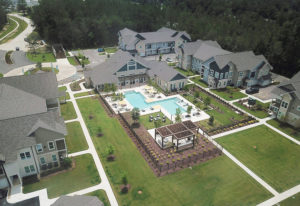 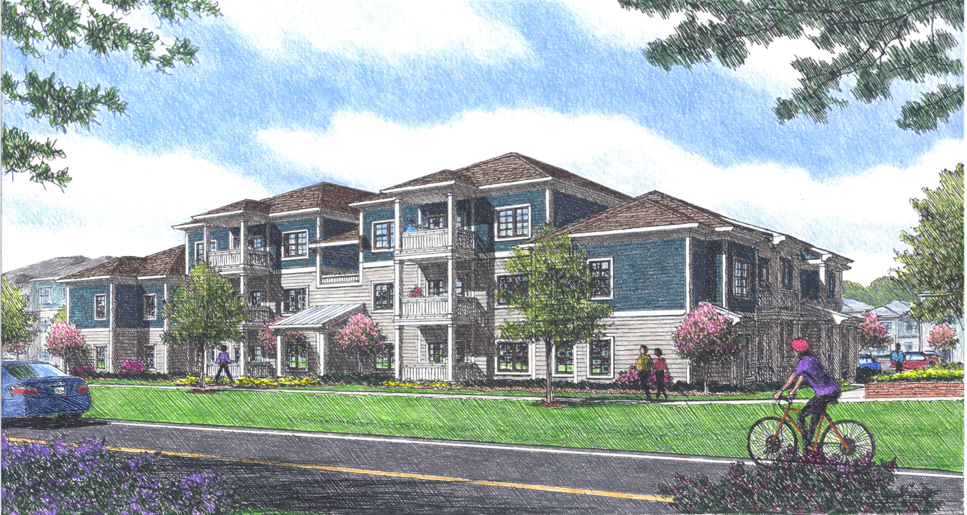 Capstone Building Corp. broke ground on a 97 unit Senior Living Facility in the heart of Atlanta, Georgia today.  The Honorable Keisha Lance Bottoms, Mayor of the City of Atlanta, was the keynote speaker. 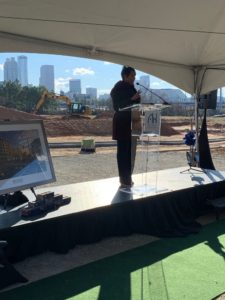 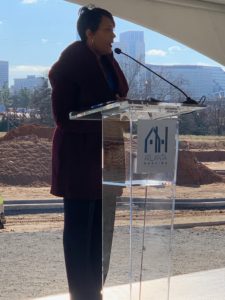 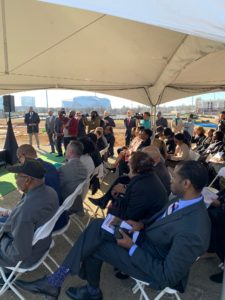 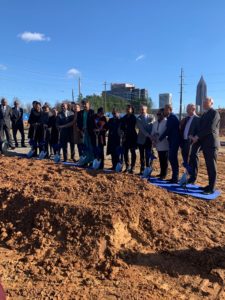 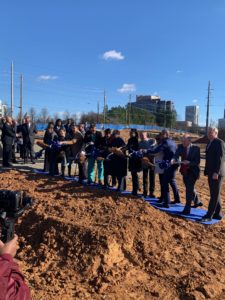 Building excellence starts with a strong FOUNDATION! Capstone Building Corp. is excited to announce that we have signed recent graduate of The Academy of Craft Training, Christian Arias, to join our team. We are glad to be a part of the start of a, sure to be, successful career. Congratulations graduates!

All the Bells and Whistles: $38.2 Million Luxury Apartment Development Planned for Balch Road

Birmingham Business Journal detailsLexington development, The Summit at Fritz Farm and the new additions to their list of retailers. Read the article here for information about the project.

Leasing begins at Creekside at Providence in Mt. Juliet project. View photos from the $28 million multifamily community and read the article here.

Winston-Salem, North Carolina project, Plant 64 was featured as the home of marketing firm, The Variablein the Triad Business Journal. View photos and read the article here.

Capstone Building Corp. ranks 15th in the top list of General Contractors in Birmingham. The list was complied by local employees and information was obtained from firm representatives through the Birmingham Business Journal.

Capstone’s directof or quality control and safety, said the CO2 emmissions at Pennrose Properties, LLC‘s The Jefferson have been cut 118 metric tons, equivalent to growing 3,000 trees and avoiding the consumption of 275 barrels of oil. The Jefferson passed a list of criteria tested by third-party inspectors to receive the Energy Star certification.

The Tennessean features Creekside at Providence, our Mt. Juliet project

Creekside at Providence is a $28 million project approved for 209 units in 14 buildings at the end of Providence Parkway in Mt. Juliet, TN. “The first occupants are expected to move in during July,” said Bill Dobbins, President of Dobbins Group, LLC, developing the project.

With over 34 years of experience in the construction industry, Ronnie Bennett joins Capstone Building Corp. as Senior Estimator. Bennett previously served for Servitas Student Housing as Chief Estimator. Bennett will be responsible for providing developers with preconstruction services and estimating costs for various projects. See his announcement on AL.com, Business Alabama and Birmingham Business Journal.

Former R.J. Reynolds Tobacco Co. warehouses, Plant 64 has been redeveloped by Philadelphia-based Pennrose Properties largely as a residential complex. But The Variable will take a space at East Fourth Street and Research Parkway that had initially been set aside for retail use. Within the next several weeks, Capstone Building Corp. will begin to upfit the space, which was designed by Commonwealth Architects. Arched ceilings of more than 20 feet will allow for the construction of what will initially be a small second tier for meeting space and could be expanded in the future to accommodate staffing growth.

Multi Housing News takes an in depth look at the sale of The Moretti at Vulcan Park.

Serving Capstone Building Corp. for over 13 years, Brandon Loyd was recently promoted to Senior Project Manager. Brandon serves as the lead for projects across the U.S., including his current projects in Memphis, TN and Griffin, GA. See the full story with the Birmingham Business Journal.

With over 30 years in the construction industry, Eric Tweet was recently promoted to Senior Project Manager with Capstone Building Corp. Eric supervices construction projects in the multi-family industry throughout the U.S. See the full story with AL.com and the Birmingham Business Journal andAlabama Construction News.

Moretti at Vulcan Park, featured as a top deal for Multi Housing News

Capstone Building Corp.’s work on Plant 64 in Winston-Salem, NC made headlines as a Magic City Newsmaker in the Birmingham Business Journal.

Capstone Building Corp. signed as builder for Creekside at Providence

As announced by The Tennessean, Capstone Building Corp. was selected to work on a $28 million, 209-unit complex in Mount Juliet, TN’s Providence Central West community. The property will be called Creekside at Providence and is scheduled to open Summer 2015.

Plant 64 gets ok from historic commission

Construction begins on apartments near Hilltop House in Winston-Salem, NC

Triad developers make the most of historic sites

Deal of the Year: The Villages at Lakeshore Crossings

Deal of the Year: Moretti at Vulcan Park

Apartment complex to be built near JeffCo Board of Education